Chronicling the Past in Bronze in Herndon 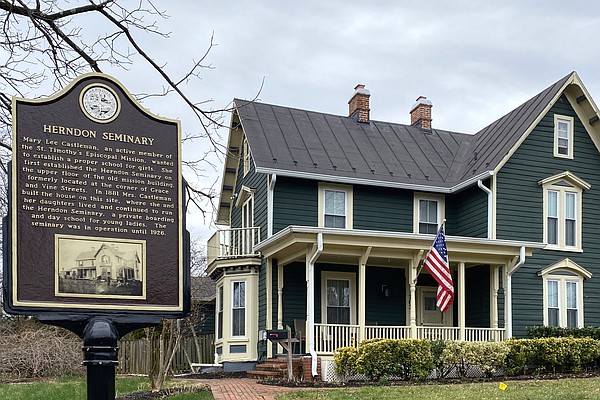 “There are two more markers planned for installation, one for the Town Hall (730 Elden Street) and the other for the Herndon Theatre (757 Elden Street),” said Town’s spokesperson, Anne Curtis.

Described as "really beautiful" by Mayor Merkel in 2016 when she announced the unveiling of the first marker during a Town Council Public Hearing, the plaques are cast bronze, etched with a stainless steel Town Seal and bronze photo with a traditional mount for freestanding markers with a fluted post. When the final two markers are installed, there will be a total of 21 markers. “The map on the marker webpage shows all marker locations and topic/content, including those that have not been installed yet,” said Curtis.

"The historic marker program has been successful in its mission to memorialize historic sites important to Herndon and help enhance awareness of local history. A lot of Herndon’s character and sense of community can be traced to the places, people, and events highlighted in these markers,” said Bryce Perry, Deputy Director of Community Development, Town of Herndon.